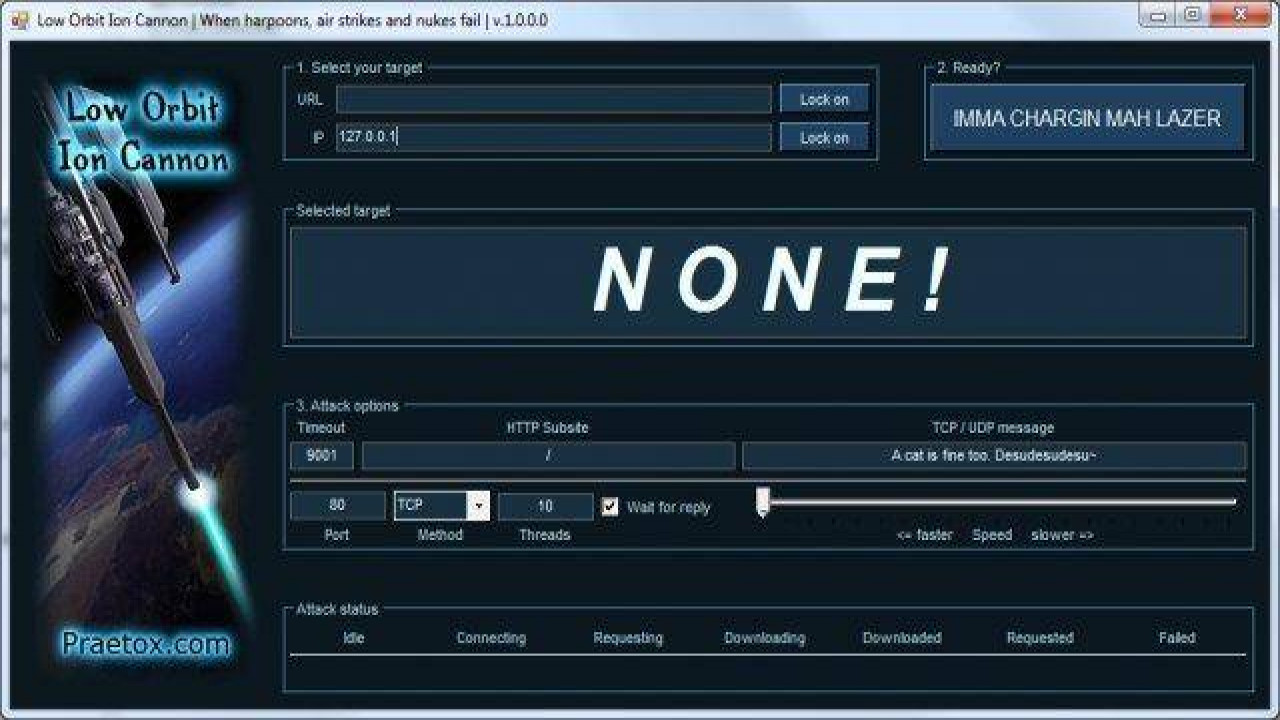 The LOIC was originally developed by Praetox Technologies as a stress testing application before becoming available within the public domain. The tool is able to perform a simple dos attack by sending a large sequence of UDP, TCP or HTTP requests to the target server. It’s a very easy tool to use, even by those lacking any basic knowledge of hacking. The only thing a user needs to know for using the tool is the URL of the target. A would-be hacker need only then select some easy options (address of target system and method of attack) and click a button to start the attack.

The LOIC version used by Anonymous group attacks was different than the original LOIC. It had an option to connect the client to the IRC (Internet Relay Chat). This allowed the tool to be remotely controlled, using the IRC protocol. In that case, the user machine became part of a botnet. A botnet is a system of compromised computer systems connected to each other via the internet, which are in turn controlled by the attacker who directs the malware toward his / her target. The bigger the botnet, the more powerful the attack is.